Following a state of emergency on board, Captain Carola Rackete brings 40 people rescued at sea to the port of Lampedusa. Subsequently, she is put under house arrest and is being investigated on multiple counts. The ship, the Sea-Watch 3, was seized for months. The Sea-Watch Legal Aid Fund financed the detention trial all the way to Italy's highest court, as well as the release of the ship. 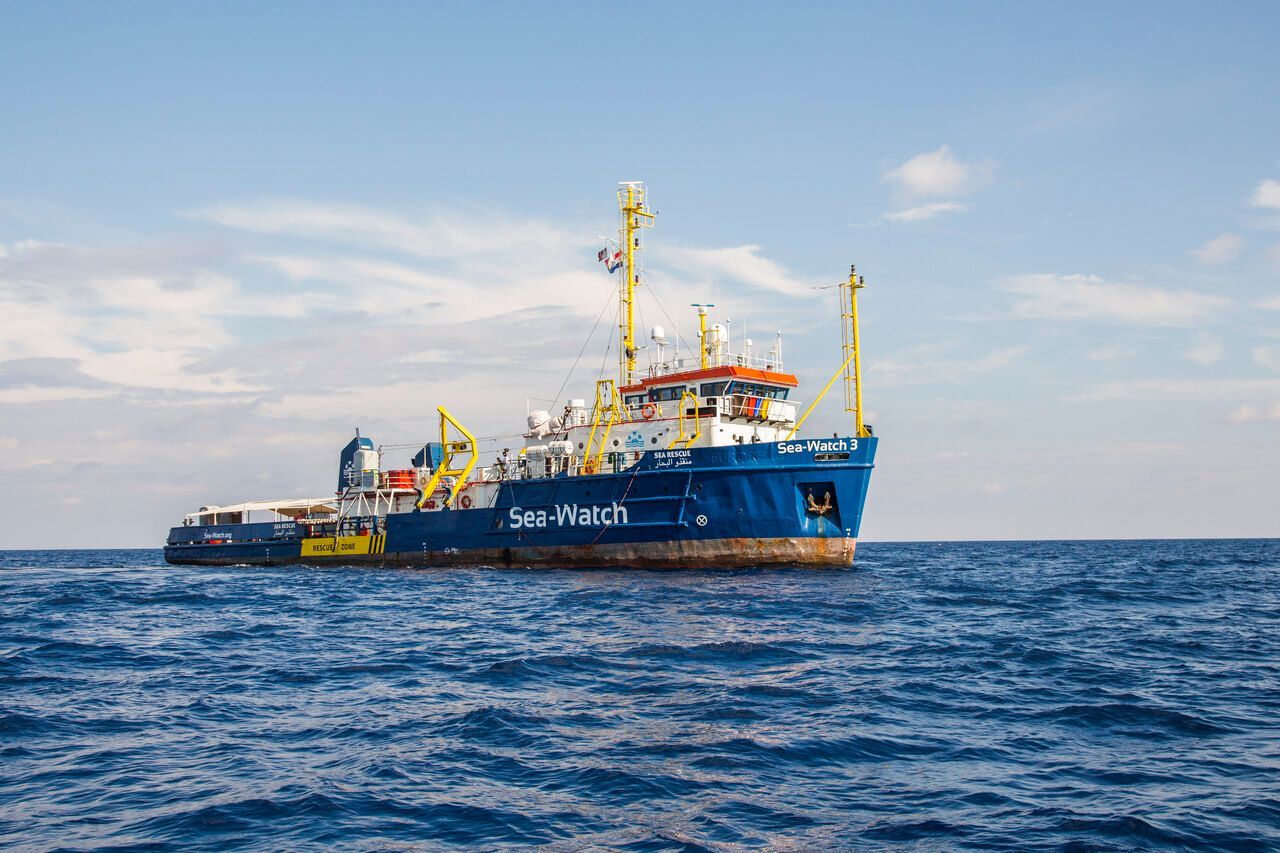 On 12 June 2019, the crew of the “Sea-Watch 3” (SW3) operated by the German civil sea rescue organisation “Sea-Watch e.V.” under the direction of Captain Carola Rackete rescued 53 people in distress. The rescue took place in the international waters of the Mediterranean Sea, 35 nautical miles off the Libyan coast. On the same day, the so-called Libyan Coast Guard assigned Tripoli, Libya, as a safe port. Captain Rackete refused to take the rescued people back to Libya. Per international law and Sea-Watch’s policy, it would be contrary to her obligation to take the rescued people to a safe port. So instead, she steered the SW3 into international waters outside the closest safe port: Lampedusa, Italy. Following a request for a safe port in Italy, directly refused on 14 June 2019, the Italian coastguard evacuated 10 people in need of immediate medical assistance. One day later, the “Security decree bis” was passed. This decree gave the interior minister (at that time Matteo Salvini) the power to “restrict or prohibit the entry, transit or stopover of vessels in the territorial waters” for reasons of public order and security and especially when it is alleged that the offence of aiding and abetting illegal migration has been committed. Failure to comply with the decree could result in heavy fines, criminal liability for the captain and shipowner, and seizure of the ship.

Sea-Watch filed an urgent request to the regional administrative court to repeal the decree, but this was rejected without judgement on the legitimacy of prohibition of entry into the territorial waters. The Court did not find the circumstances of the case to be exceptionally serious and urgent enough to look into the merits of it. 36 of those rescued onboard submit a “Rule 39” application to the European Court of Human Rights for entry into port, but on 25 June 2019, it gets rejected as well. During the two weeks on the open sea, the situation on board became so acute that suicide watches were set up. Finally, Captain Rackete felt unable to guarantee safety on board and declared a state of emergency on board on 26 June. This declaration is met with silence from the Italian authorities. Thus, after 24 hours of waiting, Captain Rackete declared her intentions to steer the SW3 to the port of Lampedusa. 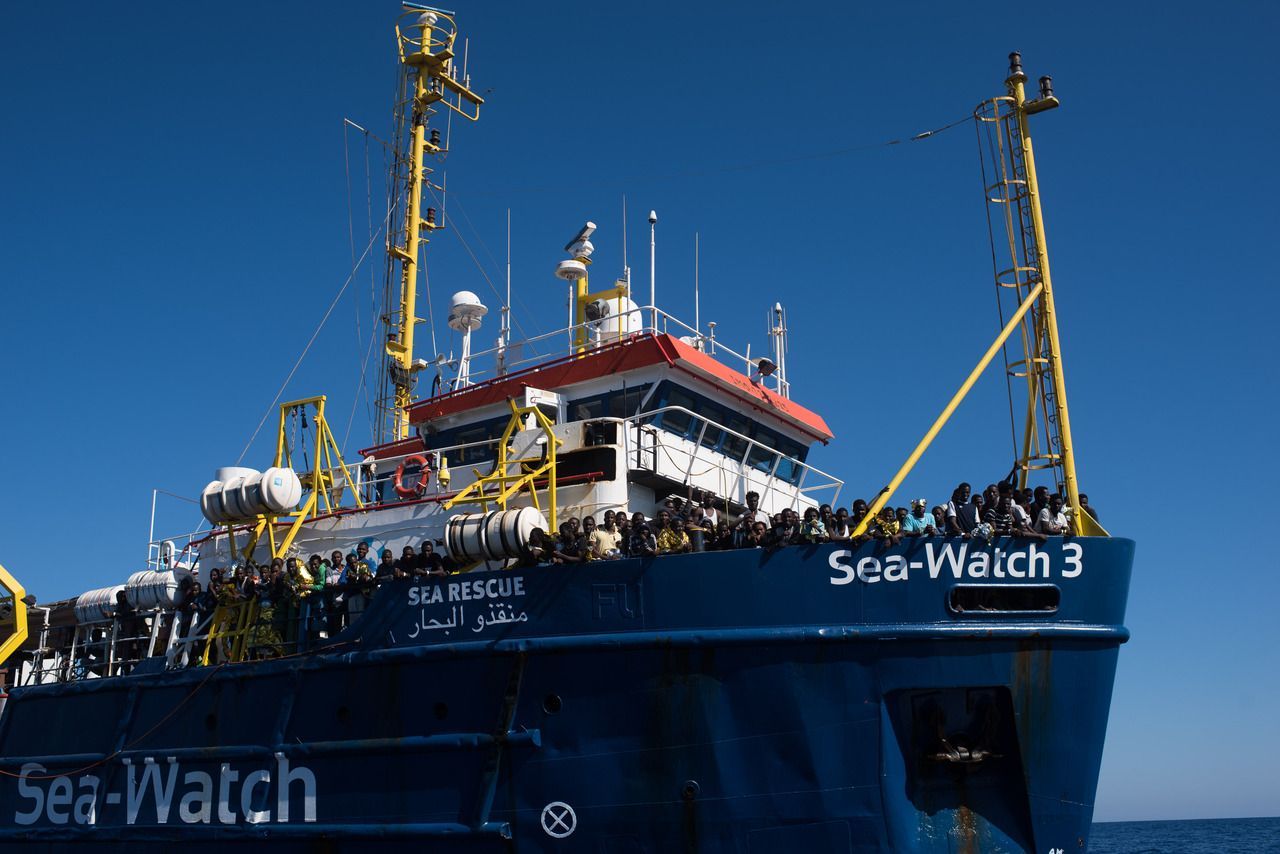 On 28 June, the SW 3 was stopped on its way to the port of Lampedusa by a vessel belonging to the Italian Guardia di Finanza (GdF)(an Italian law enforcement agency under the authority of the Ministry of Economy and Finance). Captain Rackete is handed a letter informing her, that her name was added to the registry of persons under investigation (Registro degli Indagati); the public prosecutor in Agrigento was investigating her for the following crimes:

Apart from that, the authorities remain silent, so that, during the night between the 28th and 29th June 2019, after 16 days at sea, the SW3 finally is forced to enter the port of Lampedusa. The 40 rescued people are brought safely ashore and Captain Rackete is immediately taken into custody by the police and placed under house arrest. Additionally to the investigations, she was arrested in flagrante for resisting public officers ( Art 337 Italian Criminal Code), as well as a warship (Art 1100 of the Navigation Act). If had been found guilty, she would have faced up to ten years imprisonment. 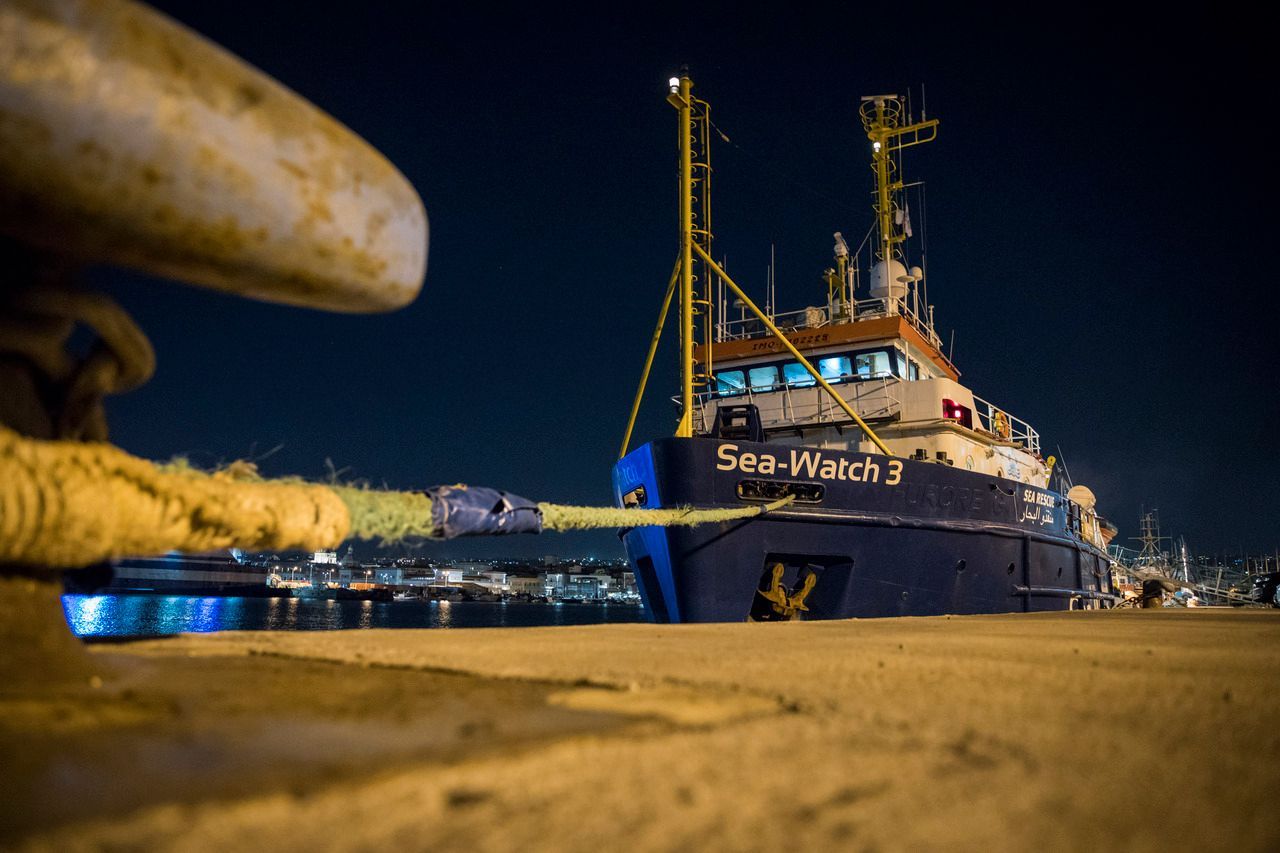 The Sea-Watch 3 is blocked
Sea-Watch e.V.

Already on 2 July 2019, the preliminary investigation judge declared the arrest to be inadmissible. The GdF’s ship would not be a warship, so the charge of resisting a warship was no longer applicable. The judge further rendered the house arrest as a penal measure for resistance to a public official invalid, as the captain has acted in fulfilment of her duty to rescue lives at sea. Besides, the judge emphasised that the decision to disembark the rescued people in Lampedusa and not in Libya or Tunisia, was not instrumental but mandatory, given the fact that neither of the latter could be considered a place of safety. The prosecutor appealed the decision to exclude precautionary measures. On 17th January 2020, the Court of Cassation, the highest Italian court rejected the appeal and thereby upheld the previous judgment. The Court ruled that the international obligation to rescue people in distress includes the right to disembark those rescued. This was something that “no other court or other binding legislation had previously declared in such a clear and uncompromising manner”. Moreover, the judge articulated that prohibiting ships from entering territorial waters to prevent the disembarkation of rescued persons, as was done by Matteo Salvini, is contrary to domestic and international law.

Similarly, the criminal charges against Captain Rackete for refusing to obey a warship (Art. 1099 of the Italian Code of Navigation), non-compliance with the prohibition to enter, transit or stop in Italian territorial waters and aiding and abetting illegal immigration (Art. 12(1) and (3(a)) of the Legislative Decree 286/1998) were dismissed. The proceeding on the merits regarding the charges of resistance to public officers (Article 337 of the Italian Criminal Code) and the crime of resistance and violence against a warship (Article 1100 of Navigation Act) were also ended pursuant to a dismissal order of 20 December 2021 by the Court of Agrigento.  After examining the grounds for the criminal complaint, the court found that there was no evidence to support the charges against Rackete at the end of the investigations.

The entry into the port of Lampedusa also led to the immediate criminal seizure of the SW3. The lawyers filed an appeal and from a criminal perspective, the ship would have been released on 20 September 2019. However, the administrative seizure of the vessel for breach of the Security Decree bis, which had prohibited SW3 from entering Italian territorial waters, remained in force. It was not until 19 December 2019 that the Civil Court of Palermo ruled that there was no legal basis for the impounding and thus released the vessel after almost six months. A few days later, the SW3 was back on the Mediterranean Sea to search and rescue people in distress.

Do you want to help us support this and other cases? You can donate here.