Amendment to the regulation to prevent civil sea rescue

When the Federal Ministry of Transport amended two regulations to the effect that ships used for humanitarian purposes must meet commercial safety requirements, this was tantamount to a de facto ban for some organisations. Mare Liberum e.V., in close cooperation with other sea rescue organisations, has taken legal action against the legal change. The Sea-Watch Legal Aid Fund has financially supported the legal action. 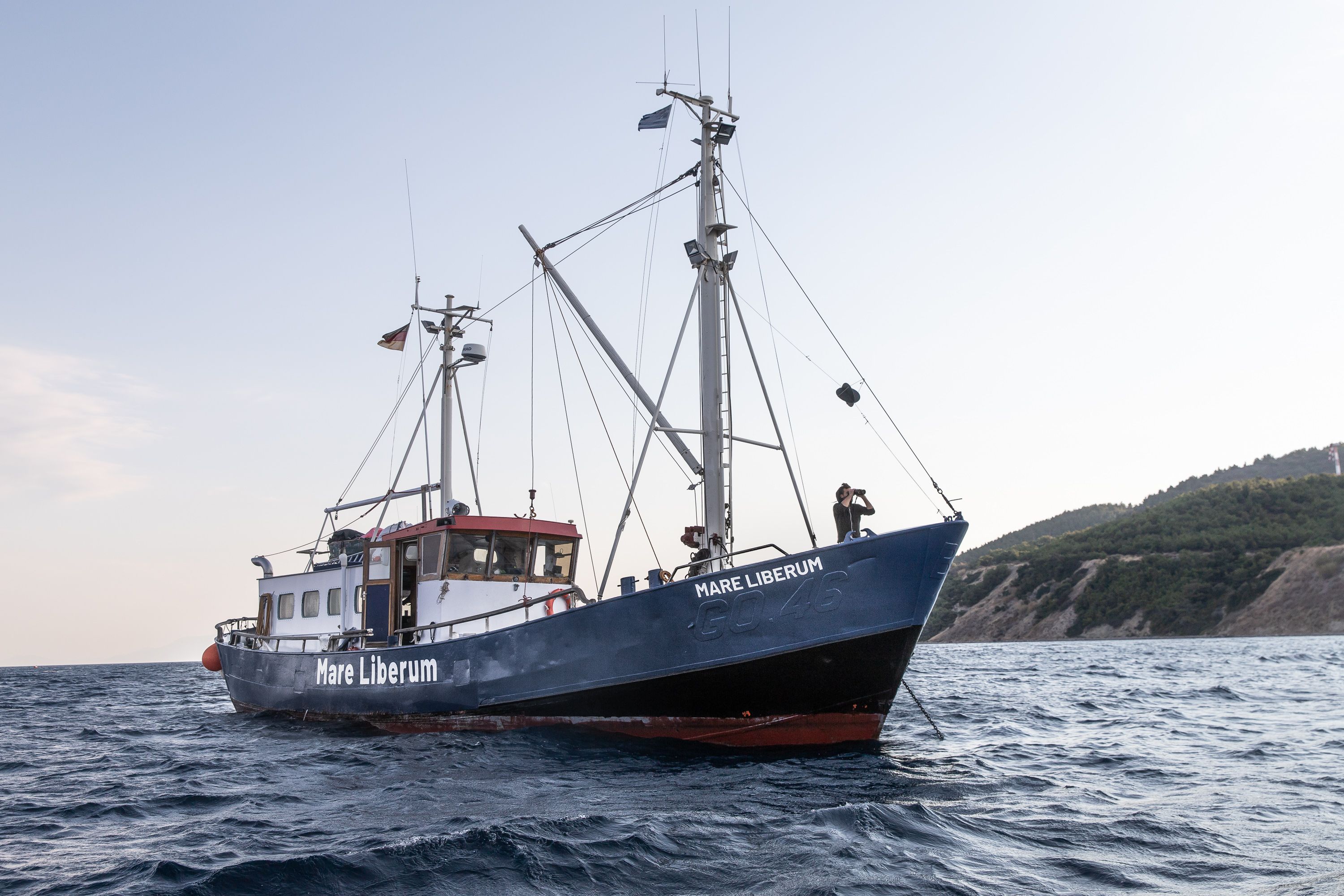 The non-profit NGO Mare Liberum e.V. has been carrying out civilian human rights monitoring on the flight route between Turkey and Greece in the eastern Mediterranean, the Aegean, since 2018. In the operation with two ships, violations of law by the Greek and Turkish coast guards, as well as by the European border protection agency Frontex and ships under NATO command are repeatedly uncovered. Since March 2020, the association has been increasingly observing illegal push backs by the Greek coast guard.
On April 23, 2019, one of the ships, the MARE LIBERUM, had already received a decree of assessment from the BG Verkehr. This denied that the ship, which was registered in the category “sport and leisure purposes” in the ship register, was operated on a voluntary basis. By questioning the correct registration, safety and equipment requirements were indirectly made, which the MARE LIBERUM could hardly fulfill.
In the legal dispute between Mare Liberum e.V. and the BG Verkehr, the Administrative Court of Hamburg overruled the assessment order already on May 13, 2019. After the BG Verkehr had filed an appeal, the Higher Administrative Court of Hamburg confirmed the decision in the second instance on September 5, 2019. Both courts thus took the view that the MARE LIBERUM was correctly registered and should therefore continue to expire.
In response to the decisions, the Federal Ministry of Transport (BMVI) amended the Maritime Sports Ordinance and the Ship Safety Ordinance (SchSVO) on 3rd March 2020, so that all those ships used for humanitarian or similar purposes are confronted with requirements with regard to construction, equipment and crew that otherwise, only commercial shipping has to meet. Depending on the type of boat used, such ship safety certificates are associated with high costs in the six-figure range or are objectively not feasible at all; for numerous NGOs, including Mare Liberum, Mission Lifeline and RESQSHIP, the change in the law thus amounts to a de facto ban.
In close cooperation with other sea rescue NGOs and on behalf of all those affected, Mare Liberum e.V. took legal action against the legal changes. The aim was to reverse the change of regulation. In the opinion of the lawyers involved, the changes violate higher-ranking law several times- and the administrative Court of Hamburg agreed. Indeed, the BMVI had not notified the European Commission of the changes, thereby violating the Notification Directive. The change of law is thus not effective and the ship registrations remain in force.
Thanks to the financial support of the Sea-Watch Legal Aid Fund, this important jurisprudence for civil sea rescue was made possible.